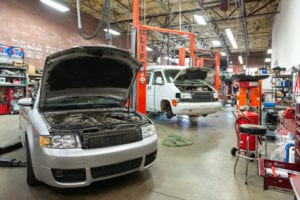 Foreign vehicles have specific needs that require specialized care. At Indian Peaks Auto in Boulder, Colorado, we're here to help you with all your foreign car repair care needs. We know you have questions, and we love to help. In this article, we want to help you understand some of the more common foreign car manufacturers- Toyota, Nissan, Mazda, Honda, and Kia. We're going to go over the common issues, and perks, that each one of these manufacturers can deliver. And most importantly, what you can do about it.

Colorado has its own unique set of challenges that can cause problems for our vehicles. Snow and ice in the winter can damage the windshield wipers, rock salt used to make roads less slippery can cause corrosive damage to our vehicles, and mountain passes can cause unsafe driving conditions.  Summer has its own challenges, with hot, dry weather causing worn hoses and tires, and engines to overheat. Indian Peaks Auto is familiar with the specific challenges the environment in Boulder, CO can bring. We can help you get your vehicle in tip-top shape, to battle the elements. Contact us for help with any of these issues.

Even with a manufacturer known for quality and innovation, there are still some problems that come up with Toyota vehicles. The following are some issues to keep in mind with your Toyota.

Soy Wiring: Toyota was the subject of a lawsuit in 2016 because of soy-based wiring. In the mid-2000s, there was an industry-wide push to replace plastic and glass-based wiring insulation with a more eco-friendly soy-based coating. Unfortunately, rodents love this new coating and tend to chew and tear it apart, causing a multitude of problems. At Indian Peaks Auto, we can check your wires to ensure they haven't been damaged, and correct the problem, if they have.

Airbags: Several airbag problems have come up for Toyota over the years. In 2018, the Scion was recalled due to faulty airbags. There was also an issue with electrical overstress that was causing airbags to fail in Avalon, Corolla, Sequoia, Tacoma, and Tundra models. Contact us to see if your vehicle is on the recall list.

Below are a few common issues that have come up with Nissan models. Come see us at Indian Peaks Auto if you are concerned about anything with your Nissan.

Automatic Emergency Braking: Nissan's newer models all come with the Intelligent Safety Shield to protect passengers and drivers from a collision. As part of this system, the automatic emergency braking system and the forward collision warning systems are supposed to work together to stop accidents. However, in some cases, the automatic emergency brake has been activated without cause. This creates a dangerous situation that can lead to rear-end collisions.

Timing Chains: Internal combustion engines have timing chains or belts that are attached to a set of gears or pulleys. If the timing chain loosens, it can cause problems such as misfiring, problems accelerating, and eventually engine failure. The Nissan Maxima, Quest, Altima, Pathfinder, Xterra, and Frontier, have gained a reputation of problems with loose timing chains.

Great looks aren't everything. Car problems can be a hassle to deal with (although we try to make the process as smooth as possible), and Mazda is not immune to problems. Here are a few of the common issues that arise with Mazda.

Dashboards: Mazda is known for great interiors, but some of their dashboards have been melting in the heat. The material can become sticky and shiny. The shininess causes an additional issue, because it can create a glare that makes it hard to see. Colorado can have hot, dry summers, so this may be an issue that comes up with your Mazda. The problem seems to occur in 2009 through 2013 Mazda3 and Mazda6 vehicles.

Clutch System: Many Mazda owners have complained about defaultive clutch systems. The release levers, bearings, and pins have been known to fail, causing problems, and leaving some drivers stranded. However, it seems Mazda has been dodging warranty claims on clutch systems, blaming customers instead.

Airbags: Many manufacturers have problems with airbags, not just Mazda. It's one of the most common reasons for recalls. Mazda was affected by airbag problems when parts manufacturer, Takata, was blamed for defective, shrapnel-hurling airbags. Several Mazda models were recalled because of this issue with Takata parts.

Because Honda is such a reliable car, it probably has fewer issues than some of its competitors, but every car has some problems. Here are some of the issues that come up with Honda vehicles.

Airbags: Honda was affected by the same recall mentioned above with Takata parts used in their airbags. Defective airbags and hurling shrapnel, when they are released, can be a problem. Make sure to check the recall lists to see if your Honda model is affected.

Safety Sensors: New sensors that are used in today's safety systems, have known sometimes known to cause issues in Honda models. The sensors can engage the automatic brakes, when it's not needed, and get confused on sunny days.

While the newer Kia models are much better in quality than older models, problems arise with every car. Here are some issues that come up often with Kia vehicles.

Faulty Engines: Recently, Kia was the focus of an engine recall, because of failures and fires. The recall affects mostly Kia Soul SUVs between 2012 and 2016, but other models have been affected as well.

Contact us to find out if your car is on the recall list, and to schedule an estimate.

Bring Your Car to the Foreign Vehicle Experts

Keep in mind that this list is only a starting point for issues that may come up with your foreign car. If you notice any problems, funny noises or smells, bring your vehicle into the experts at Indian Peaks Auto right away. The sooner we address a problem, the easier it is to fix.

At Indian Peaks Auto, we'll tell you exactly what is going on with your car. We won't try to upsell you on things you don't need. We want to get you and your family back on the roads of Boulder,  so you can enjoy your foreign vehicle for years to come. Contact us with any questions about foreign car repair, or to schedule a consultation today.

For more than 20 years, Indian Peaks Auto has offered expert service and tremendous value for foreign cars throughout Boulder County.

We use the latest in diagnostic technology, provide professional and knowledgeable service, and deliver a quick turnaround for:
Volkswagen | Audi | Saab | Subaru | VW Eurovan | and many more foreign auto brands!

Every service comes with a one-year, 12,000-mile warranty on all work!

We are conveniently located at 5757 Arapahoe Avenue in Boulder, on the north side of Arapahoe, across from Flatirons Golf Course. Commuting into Boulder from Erie, Lafayette, Louisville or Broomfield? We’re on your way! Pick up a rental car at Enterprise Car Rental nearby or bike to work on Boulder Creek path, right behind the shop.

We are Boulder’s local, owner-operated foreign car repair and maintenance shop here to keep your car on the road!

We stand behind every job we do so you can rest easy and drive safe!

At Indian Peaks Auto, we strive to earn your trust and win your business, year-after-year no matter the vehicle challenge.

Please, fill out the form below and a skilled technician will contact you within the next business day to assist you. You can also call us immediately at (303) 413-1163